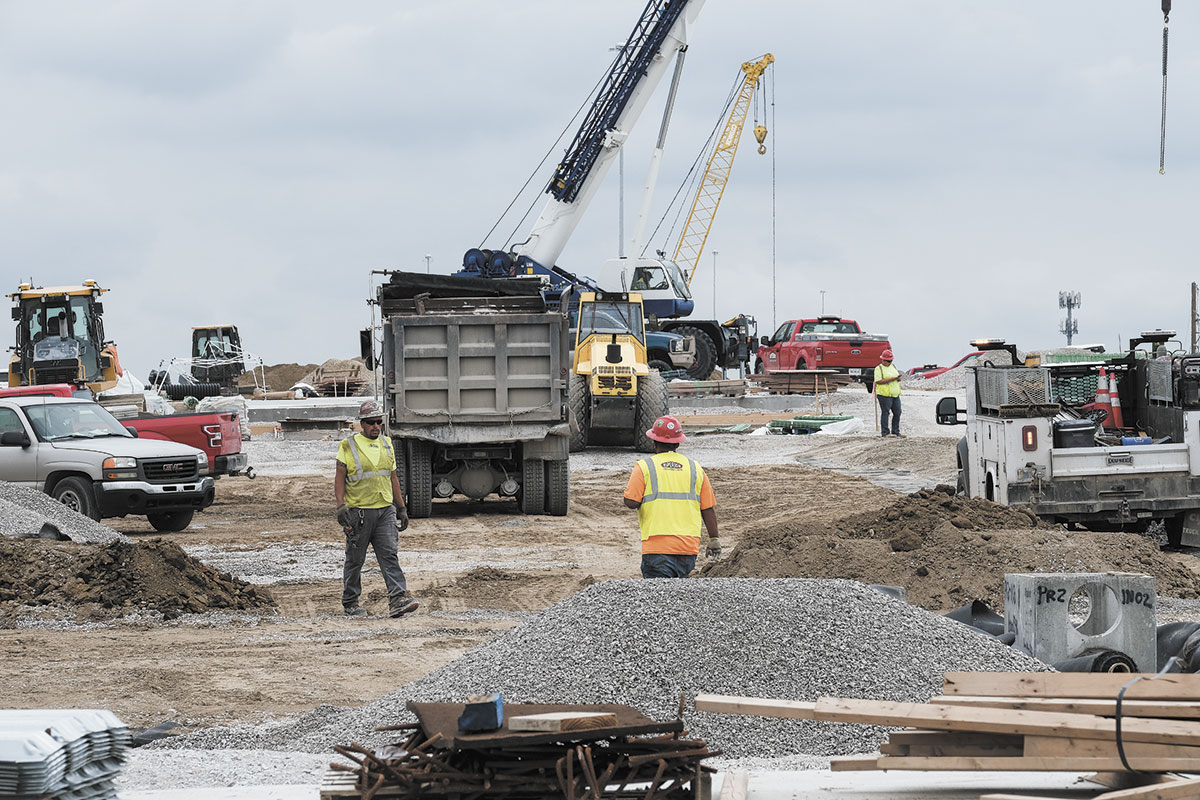 Byron Ernest knows how to work a piece.

The former high school principal-turned-motivational speaker attends a Construction Educators Summit in Carmel, where teachers, counselors, principals, administrators and industry professionals hope to learn new ways to encourage more of students to consider the construction trades as a career.

Ernest keeps the audience engaged by asking them to write down their hopes and dreams for the upcoming school year in a small box on an index card.

“No COVID disruptions,” wrote one educator. “Getting to know kids faster,” said another teacher.

“No injuries – keeping all fingers,” said another.

“When you say things like that, it means it happened,” Ernest said.

Workplace injuries are an unfortunate consequence of manual labor, but the biggest and most nuanced challenge the construction industry will face in the years to come is finding skilled and trained workers to fill these inherently risky jobs. .

The foundation predicts the state will need more than 275,000 additional workers by 2026 to meet the demands of the construction industry. This is largely because the industry has had to rely on an aging workforce, said ICRF president Chris Price.

“People 55 and older may have grown up in households where manual labor, tool use and manual labor were more common than they are today,” Price said. “Fewer people really see themselves as finding a successful career in the construction industry.”

That’s why his foundation is looking to the next generation of Hoosiers to fill the void, and this year’s summit was the organization’s first attempt to bring together building educators to create a place where they could share their ideas as peers.

The foundation works with schools to develop and coordinate work-based learning opportunities for K-12 students, including summer internships and hands-on work experience during the school year.

“There’s a lot of economic development going on across the state,” said Matthew Nance, director of K-12 initiatives with ICRF, “and the opportunities are endless for people who love working with their hands and being outside to find fulfilling jobs.”

The number of unfilled jobs is highest in the residential construction sector, Nance said, but the road and commercial sectors are not far behind. Major projects such as the reconstruction of the northern split of Interstates 65/70, the extension of Interstate 69 from Martinsville to Indianapolis, and Indiana University Health’s $1.6 billion flagship hospital being construction just north of downtown Indianapolis are just a few of the large-scale undertakings underway.

Now a retired teacher, Eric Fisher was hired in June as director of talent development for Indiana Constructors Inc., which serves as the highway construction, heavy-duty and utility section of the Associated General Contractors of America.

Rather than going to vocational school, these students often go straight from public school to entrepreneurs, land summer jobs and pre-apprenticeships in their freshman year, and get a job placement before their last year.

“We are stepping into a leadership role at ICI to provide professional resources and training to teachers and schools that have been lacking,” Fisher said, “…so they can be authentic in their building offerings to their student population, their families and the community.”

As groups like the ICRF work to attract young people into the industry, the state is also working to attract more women and people of color into the workforce, as well as white men. who fall below the poverty line, to fill a shrinking labor force.

Elizabeth Kiefner Crawford, Director of Equity Initiative Services at INDOT, is responsible for training and attracting a diverse workforce for heavy highway construction.

“They’re almost all white men,” Crawford said. “We are trying to get [diverse populations] in the profession because they are really good paying jobs with good benefits. And there is a huge need for manpower everywhere at this point.

In May, 159,000 people worked in construction jobs in Indiana, according to the US Bureau of Labor Statistics. The average hourly wage for a worker was $21.70, for an annual salary of $45,130.

In 2016, INDOT formed a partnership with the University of Vincennes to help marginalized populations obtain their commercial driver’s license, which Crawford says is a way to gain a foothold in the industry.

Another program called BY Roads, an INDOT partnership with ICRF, offers safety courses and construction programs to minorities, white women and men below the poverty line. Construction employers visit these classes to share information about working in highway and road construction and available jobs.

INDOT plans to launch a program later this year in partnership with the Indiana Department of Corrections that will offer similar offerings to inmates who are about to be released. The program will be free for those who qualify.

It’s no secret that working in the construction industry is tough. Not only is it physically taxing, but workers often have to travel to different job sites at all times for weeks or months at a time, taking them away from their families.

“We need to do a better job of communicating the physical demands of working in this industry to prospective students, workers and their families,” Fisher said.

Indiana is setting a great example by offering high school apprenticeship programs, but the state still needs to do more to train and prepare its workforce, he said.

“We are terribly late. We must do better.

But there are signs that the industry is ready to meet the demands, at least for now.

“At least on the union side, we’ve always found a way to rise to the occasion,” Henderson said. “We are excited about everything on the horizon.”•