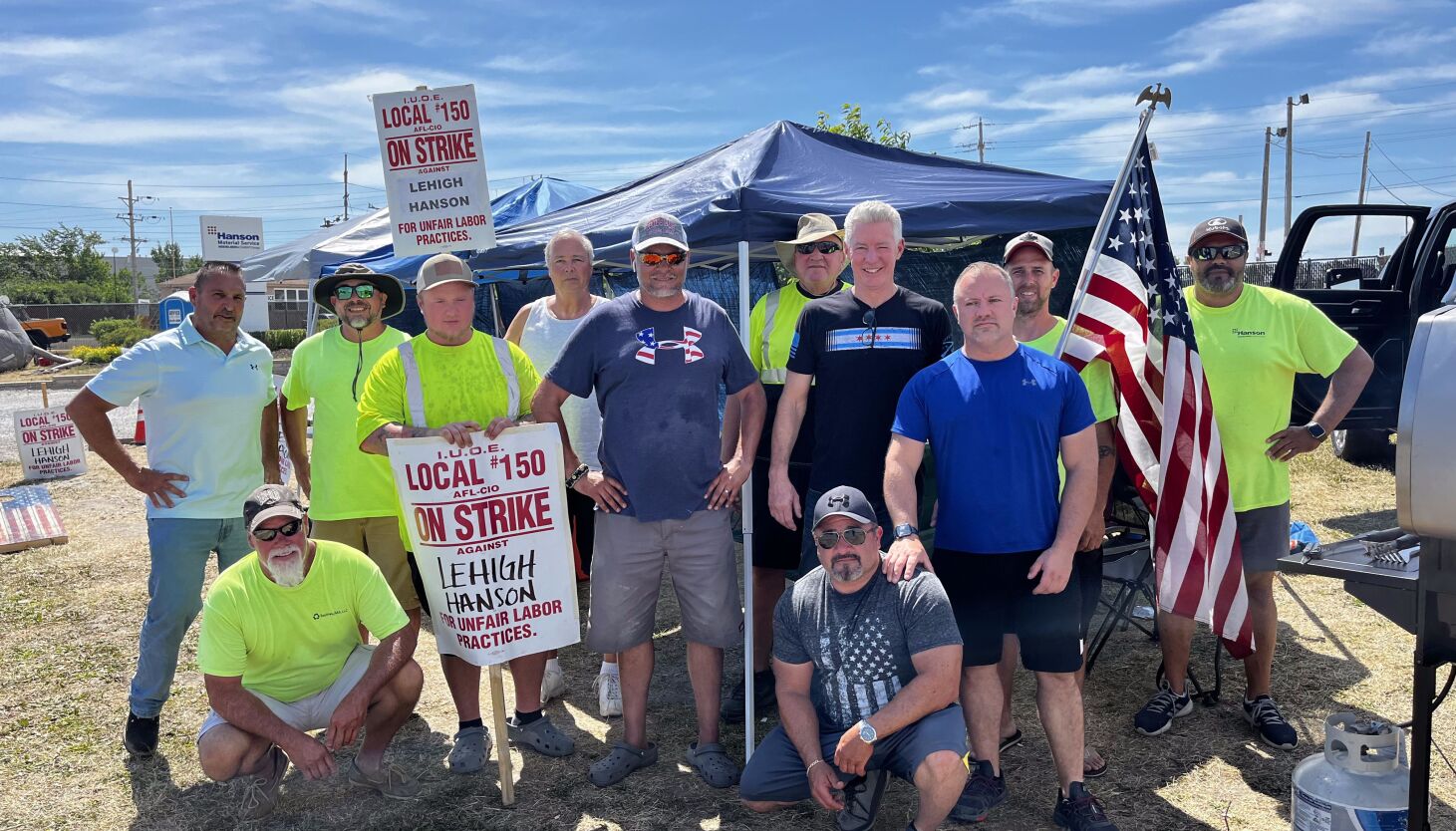 The union whose strike has disrupted roadwork in the area said on Monday night it had reached a tentative agreement with three companies that produce building materials.

Members will decide on Tuesday whether to ratify the agreement, said Ed Maher, communications director for Local 150 of the International Union of Operating Engineers. Maher said the latest deal responds to concerns expressed by members on Sunday when they overwhelmingly rejected an earlier offer.

About 300 members of Local 150 who operate heavy equipment have been on strike since June 7 against three companies that collectively operate 35 quarries. The companies – Lehigh Hanson, Vulcan Materials and Lafarge Holcim – produce sand, gravel and crushed stone needed for asphalt, concrete and other building materials.

There was no immediate comment from the companies, which are trading as members of the Chicago Area Aggregate Producers Association.

The strike has delayed routine summer road works large and small. The head of the state’s Department of Transportation expressed concern this month in a letter to businesses, citing the strike’s effect on major projects such as the Jane Byrne Interchange, as well as highway work 55 and 80.

Maher said Local 150 will end its picket line Monday night, pending the outcome of Tuesday’s vote. Members are invited to vote in person at noon at the Local 150 office in Countryside.

When workers gathered on Sunday to vote on a pre-agreement, they were upset by the language dealing with health insurance, Maher said. He said the tentative agreement addresses those concerns and offers a slight improvement on the proposed wage increases the companies had previously described as 6% for the first year of the contract and 4% for each of the following two years. .

Maher said the companies extended the strike by halting talks for days and offering contract language riddled with errors.

The companies denied making matters worse. In a joint statement last week, they said: “We have been at the negotiating table 17 times, in addition to many other calls and private meetings. We remain committed to serving our customers and limiting disruption to infrastructure projects to the best of our abilities. »