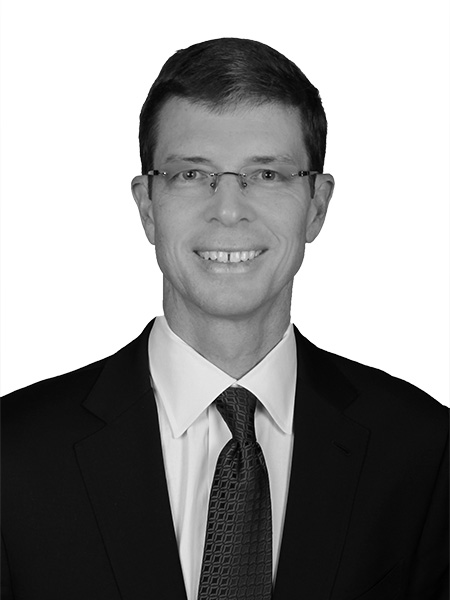 CHICAGO – Coming off of one of the best years on record, the REIT market is relatively well positioned despite recent volatility. JLL’s Strategic Deal Monitor details themes driving the REIT market, including a constructive outlook in light of sharply rising rates, increased privatization activity and dissipating COVID-19-induced trends .

REITs, along with the broader markets, are down 20% year-to-date, driven by rising inflation, Federal Reserve rate hikes and broader geopolitical risks. Although market participants focused on short-term underperformance, REITs outperformed over the longer term. Since January 2021, REITs have outperformed the S&P 500 by more than 14%, thanks to the 43% total shareholder return achieved by REITs during the year. The self-storage and industrials sectors led the outperformance, up 59% and 45%, respectively, in 2021.

“There is an increasing correlation between the trading performance of REITs and broader stock markets, currently 92% against the S&P 500 on a three-month rolling basis, which is exacerbated by the proliferation of the quantity-driven trading activity and the advent of passive equity. investors, like index funds, in the REIT space,” said Steve Hentschel, head of the M&A and corporate advisory group at JLL Capital Markets. “The correlation has been even more pronounced during periods of extreme volatility such as the global financial crisis and COVID-19, and we are seeing this today as well. The general trend is that REIT prices continue to be more further dissociated from real estate values.

REITs trade at an average discount to net asset value (NAV) of more than 15%. A lasting dislocation of public and private values ​​could be a precursor to opportunities for fundamental-driven private market players, leading to private mergers and acquisitions. In addition, NAV discounts have resulted in an unfavorable equity cost of capital, as evidenced by the follow-on equity issuance of just $8 billion year-to-date, a much slower trajectory than in 2021, when more than $27 billion in follow-on equity was raised during the year.

The growing “stickiness” of the core inflation index, currently at over 8.5%, has led the Fed to raise rates significantly this year, pushing rates up 150 basis points, on average, on the longest and shortest parts of the curve. This, in turn, led to the aforementioned underperformance of REITs, which, in turn, caused the implied REIT cap rate to rise by more than 60 basis points.

“While current cap rate yields are the tightest they have been compared to fixed income yields, it is important to consider the tremendous growth prospects for REITs, which are expected to generate average growth of 20% of comparable store NOI over the next three years,” Hentschel added. “Fundamentals still support a positive long-term outlook for REITs despite the current volatility in capital markets.”

The rise of private sockets

The proliferation of non-traded REITs is triggering a paradigm shift in REIT stocks and M&A markets. Private equity volume from REITs has totaled $86 billion since 2018, more than 17 times larger than the equity volume from IPOs. With no IPOs since the start of 2022, there have been five private takeovers already representing over $21 billion in equity volume. This is the continuation of a trend started a few years ago.

“The huge amount of capital raised in the non-traded REIT space has driven the need to execute larger transactions,” said Sheheryar Hafeez, managing director of the M&A and corporate advisory group at JLL. Capital Markets. “M&A transactions are an effective way to deploy this capital, and we could see the trend continue if prolific fundraising stays on track, if new players in unlisted REITs start raising significant capital and if the protracted dislocation of public and private markets persists.

“In many ways, non-traded REITs have supplanted the public REIT market as a form of growth capital, as investors seeking real estate returns uncorrelated with public equity markets reallocate capital to the space of REITs not traded,” he continued.

As inflation accelerated to an annual rate of 8.5% in May, public REITs that offer higher inflation hedges outperformed the market and other REITs. REITs with longer weighted average lease terms (WALTs) had previously outperformed those with shorter WALTs since December 2019, but the relationship reversed in mid-2021, resulting in a recent boom in longer WALT REITs. short.

“With the market apparently anticipating a slowdown in economic activity, a rotation towards what is considered ‘safe’ is now in play,” Hafeez added. “The two largest REITs in the main sectors analyzed have outperformed their peers by 5.5% since December 2021, compared to the same two REITs, which have only outperformed their sectors by 2.0% between December 2020 and 2021.”

The impact of COVID-19 on REIT performance may dissipate

A silver lining on recent performance data has been the thaw in the impact of COVID-19 on REIT performance. Beneficiaries of COVID-19 like sub-sectors linked to the e-commerce boom had outperformed during the pandemic compared to retail REITs, which had struggled as physical stores closed. Similarly, gateway-focused REITs had underperformed non-gateway-focused REITs in 2020. These trends are reversing today.

“Although COVID-19 will remain a fact of life that we will all have to live with for the foreseeable future, we are seeing the COVID-19 ‘laggards’ beginning to rebound strongly, which is encouraging to see and reflects the American psyche in the sense wide, who wants to move forward,” Hentschel said.

The revaluation of assets in private capital markets was initially driven by rising rates; however, debt markets remain liquid, albeit volatile. A broader assessment of the risks of new acquisitions is currently underway, and investors are testing their models against an inflationary environment, future rate hikes and potential for an economic downturn, but, with the important powder margin dry (closed-end funds alone have over $240 billion of dry powder today), the risk of a large repricing can be mitigated.

Neighborhood malls, which account for 953 million square feet of inventory in the United States, are experiencing significant tailwinds. Neighborhood centers are generally defined as those with 10,000 to 100,000 square feet of leasable space and generally do not contain large, big-box tenants. Therefore, they pool a nearby consumer base for shopping and service needs. Nearly 90% of all consumption now occurs within a 15-minute drive of a consumer’s home, and this shift in consumer habits towards shopping closer to home has boosted the overall performance of these assets.

Higginbotham continues expansion into Tennessee with Mathis, Tibbets and Mathis joining the ranks