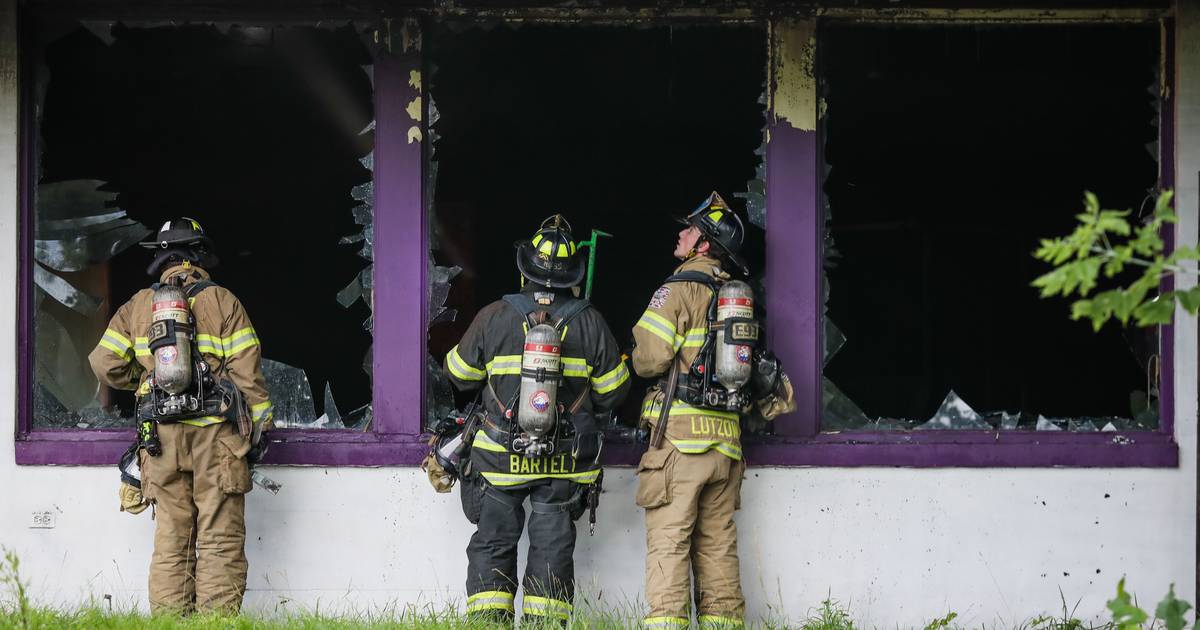 ALGONQUIN – Two firefighters were injured while responding to a structure fire at a vacant commercial building in Algonquin on Friday evening.

Both firefighters responded to reports of a structure fire in the 900 block of Cary Road in Algonquin around 6:11 p.m. Friday, according to a news release from the Algonquin-Lake Fire Protection District.

The two firefighters were injured and treated, but did not require hospitalization, the statement said. The pair were released by paramedics at the scene on Friday.

When crews arrived, firefighters found “a large volume of fire” at the back of a vacant building, according to a Friday statement from the district. The fire was started by two passers-by who were walking in the area.

The fire took about 30 minutes to extinguish, the statement said. No other injuries beyond the two firefighters were reported.

The cause of the fire is still under investigation by authorities, including the Algonquin-Lake in Hills Fire Department, as well as the Algonquin Police Department and the Fire Marshal of the state of Illinois, the statement said.

Authorities have also yet to determine the full extent of the damage.

Algonquin-Lake officials in the Hills Fire Protection District did not immediately respond to requests for additional comment.

This is a developing story and may be updated as more information becomes available.